Over to you Everett… 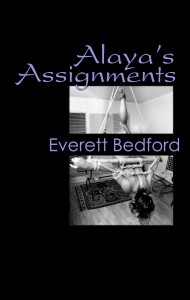 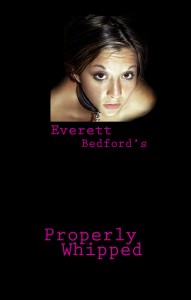 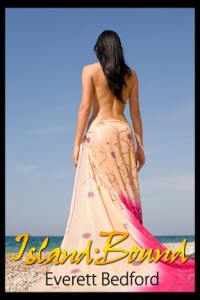 I’m working on the fourth, Rapt In Silk (Chaos to the Fly).

…Halstead had once shown off for a trio of giggly girl cousins.  It was in the pine

trees that filled in the south section of his grandparents land outside Hardy, in

Wessex.  Toward evening, their game of tag had waned and the eldest cousin,

Vicky, a dirty­minded girl, gathered a small huddle to discuss such daring things

as breasts and penises.

Just using the words then thrilled them all, and a few younger or more

prudish cousins left at once, no doubt scandalized or hearing admonitions from

their parents against listening to such corruption.  Halstead was fascinated.

fondled her own breasts.  Halstead wanted to help her, to feel what they were

like.  He’d already touched, even savored his mother’s breasts as she slept, and

those of aunts and even his paternal grandmother’s as if by accident, but he

longed to do as Vicky was doing, to massage and caress them, to feel that

When it was down to Vicky, two younger female cousins, and Halstead,

Many were senseless but all were intended to goad her on, to elicit more details.

She had gotten to penis lore now, and spoke of how boys had things

that got all stiff and big, like nipples, only stuff came out, white but not milk.

Glances slipped toward Halstead.  He found the looks stimulating and grew

“Ask little Jimmy if you don’t believe me,” Vicky said, a dare and a hint

of mockery in her tone.

He blinked, then blushed.  The girls stared.

“Or maybe little Jimmy doesn’t have one.”

“Prove it.”  Vicky’s taunt had a breathless quality.

The other locked their gazes on him with a look of strained fascination.

He reached down and unbuttoned his trousers, then unzipped his fly.

He slid underwear and pants to his ankles and let his erection stand proud,

feeling a tingle when one of the younger girls gasped.  He saw a gleam in

Vicky’s eyes and watched her swallow hard, a sensation of control coming over

Reaching down, he grasped his shaft and gave it a few slow strokes.

“You can touch it if you want,” he said, letting go and stepping closer.

for it.  Her fingers were cold.  They trembled.  They touched the top of his shaft,

then gripped it lightly.  She gave an experimental tug.  “Like that?”  Her voice

failed her and the question came out as a gasped whisper.

“Here.  Watch.”  He began by squeezing the tip, then sliding his

fingertips up and down along the seminal canal.  He caressed his scrotum a few

times and loved how his cock throbbed bigger.

“Can I try?”  Vicky reached again.

Her hands, still cold, felt interestingly different.  She was clumsy but the

fact that it was her doing it stimulated him.  He began to feel the deep tingle that

told him he would spurt soon, and he sighed.  A dollop of seminal fluid

appeared, a clear pearl magically there.

She jumped as if shot.

semen flying.  Some of it splattered the edge of one of the younger cousin’s

plaid skirt and fell onto her white sock, most flew to land in pine needles at

Her eyes went wide and glistened as she licked her lips.  She gazed

down at the clot of night at her feet, then stooped to get a better look at what

Halstead had offered her.  She reached out, touched the glob of semen, and

raised a finger to her lips.  Her tongue came out.  She tasted his semen.  “Like

mine,” she muttered, wobbling on her haunches before standing up again.

do anything just then.  It was all right, though.

other cousin after that night.  He enjoyed his orgasm but the deep throb of being

in command, of the power exchange between himself and his older cousin is

what galvanized him.  The knowledge that he was masterful never left him…

Just a taste to whet the appetite.

Halstead, protagonist of my work, a guy I know well, on his path of power

exchange and discipline.  Ah, but that book is not yet written, so we’ll

have to wait a bit for more of that particular story.

My first work of D/s erotica came at the request of a British friend, the

writer Dorothy Davies, editor at Olympia Press.  I wrote a novella about

my friend James Martin Halstead, “Trained and Tamed”, that became

stories of Halstead and his submissives to Pink Flamingo Press

There is much to tell about him, his exploits and experiences, and his

many subs, the best trained in the world, who often have interesting

adventures of their own.

Meanwhile, the most recently released, Island Bound, tells of Halstead’s

visit to the tropical island of Nuan, where his estate is nearly lost during a

the best submissives on the planet, on his tropical island estate during an

attempted coup.  On the  voyeuristic isle of Nuan, sex is D/s and exotic ­­ wide

ranging in style, place, and circumstance.

The book opens with a focus on Laura, Halstead’s finest.  Their

relationship, and her pedigree, combine to make her unique among his

submissives.  On a special day, looming soon, he will take her virginity in a

That is a sex scene with a LOT going on.

Next we meet Crieger, a local crime boss and leader of a cult that

abuses women.  He has come to Halstead seeking a submissive he can use in

a darker ritual, one involving sacrifice.  Halstead gives him a free sample but is

suspicious and refuses to deal with him.

This angers Crieger, who vows revenge.

Piet Hielen, Halstead’s security chief, is way ahead of his boss

regarding Crieger’s twisted plans.  Halstead is distracted from such things,

however, by news from London of a possible move against him by a rival.

Then a coup sweeps the island, and the Respite estate, into chaos.

Anya, a local girl being trained, confronts Halstead, who is alarmed to

find his security team away from the estate when they’re needed most.  She

renders him unconscious using sex and local drugs, allowing her to steal the

other submissives from the estate.

Crieger, in a bold move, grabs and binds Laura, then abuses her on the

drive back to his nightclub.  He views her as Halstead’s Scarlet Woman and

plans to use her in a ritual to gain him priestly power over the cult.  He likes to

Readers get a glimpse of the island’s high and low life, from D/s at the

estate and a royal palace to gritty favors traded at a seedy nightclub, in sex

clubs, and even survival sex on the docks, where submissives have only their

bodies and their wits to keep them alive among thugs and worse.

There are scenes of elegant pleasures and down­ and­ dirty exploitative

handles him, even as she suffers his grotesque attentions, hints at her inner

character even as it gives the general the orgasm of his life.

As the coup’s effects ripple through Nuan’s society, espionage and

intrigue deepen and we meet with Halstead’s driver, various submissives, and

even the local royalty.  The sex is frequent and intense, and the exotic locale

Island Bound provides the perfect mental vacation for readers who

want dominance, submission, and the exotic mixed into a compelling story of

power grabs and cool moves.  It is a getaway that keeps coming back to stir

you, especially you­ know ­where…

Sound like your cup of Earl Grey?  Please give it a try and find out what

so many other readers already know about James Martin Halstead’s

amazing world of dominance, submission, and sexual adventure.  Who

knows, it may inspire you to start making it your world, too.

You can find Everett on Amazon at- http://www.amazon.com/Everett-Bedford/e/B009M8XL70

And via Pink Flamingo at-http://www.pinkflamingo.com/brands/Everett-Bedford.html