Her Secret Past by Victoria Blisse- A Tasty Snippet!

I’m delighted to be able to bring you a very juicy extract from the latest work of my dear friend, and fellow Brit Babe, Victoria Blisse- the cover alone just hints at secret deliciousness… 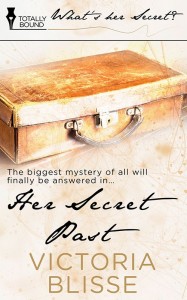 A past she wants to forget, a secret that will change everything and a hunky guy who should have known better. It’s no secret that Katrina Quinn has been caught having an affair with her hunky co-star. Hounded by the press she has escaped to Yorkshire, England and the remote seclusion of Copse Cottage. It’s a house packed full of junk and memories—far too much for one woman to handle.

For odd job man Ryan Taylor, being hired to clear clutter while ogling one of Hollywood’s hottest stars seems like easy money. A good way to escape his jealous, drunken girlfriend, Eve, who seems intent on making his life a misery. But Copse Cottage is haunted with his happy past, stirring anew his longing for the girl he used to call the best in the world.

A stolen beat-up suitcase is going to change everything—secrets will be revealed, hearts will be broken all over again and the biggest mystery of all will finally be answered.

Her Secret past is told from two perspectives, that of Katrina and Ryan. The following excerpt is in Ryan’s voice and talks about an important kiss from his past.

“What the hell did you think you were doing?” Eve screamed. “How the fuck are you going to get anywhere in life if you don’t take your exams seriously?”

“God, Eve, you’re just pissed off because I went out without you. I needed to let off steam—these tests are fucking me right off and I was sick of revising.”

“Well if you’re serious about wanting to be with me you’ve got to get serious about your fucking future. I’ve not got a qualification to my name and I’m staying here in the back of fucking beyond for you. Just you, Ryan.” “Nice,” I snarled, “Just pile some more pressure onto me, why not? Clearly I’ve not got enough on my plate right now.”

I stormed out, jumped into Dad’s Jag and drove out of Thornleydale without a further thought or plan. On my way to Wakefield I passed a familiar figure sat by the side of the road.

“Hey, Janie, what are you doing all the way out here?”

Janet always hated being called Janie, so of course I called her it all the more. I think she grew to like it in the end. She responded half-heartedly and a mad thought flitted through my mind and I spoke it before I could convince myself that it wasn’t right.

“I’m running away, Janie. I’m pissed off. Want to come with me?”

How cool could life be with my old best mate Janie? I knew I’d given her shit for the last seven or so years but when push came to shove I still saw her as my Janie.

She agreed in the end and we sat in the car in silence, contemplating the adventure ahead of us. Until we got hungry and pulled in at The Golden Fry for some chips. We ate ’em in a lay-by, conversation flowing. I found out she was running away too.

“My dad left us, my mum’s not been the same since and I’m the butt of everyone’s joke at school. I can’t take all that anymore.”

My heart ceased, and I dropped my next chip back into the paper bag. I felt awful.

I reached out and touched her cheek. I wanted to make it all better, take back all the snide things I’d said and done.

“I still think you’re the best girl in the world,” I smiled.

“And you’re not bad, for a boy.” Her eyes lit up again and her smile warmed me deep inside. I had ended our first big argument when we were little with those words. Janie had still been a bit mad at me so she hadn’t been so complimentary. But we’d laughed it off and I’d managed to finish most arguments since with those exact words. It was weird, though, I wasn’t just seeing her as my best mate. Something to do with rampant teenage hormones, I’m sure, because I kissed her. What would have happened if the police officer hadn’t knocked on the window at that moment I don’t know, but the connection between me and Janie was potent. I wanted to pull her tighter and hold her forever. But I couldn’t. I had to go home.

To find the buy links for Her Secret Past,  Check Here 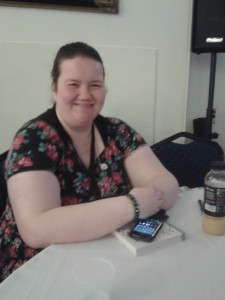 Smut in the Sunshine!