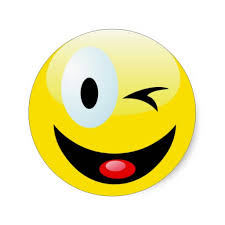 It’s Day One of my Two Weeks of Tasty Tasters- my annual dive into my own story archive!

Each day, for the next fourteen days, I will be posting an excerpt from one of my erotica publications- and I promise each one will be hot!

COMPETITION ALERT! At the end of the fortnight you’ll have a chance to win any of the stories featured you like in e-format! More news on Day 14!!

I’m kicking off this fortnight of flashbacks by sharing a short story from my very first solo paperback with you.

The red head staggered a little as he pulled her roughly towards him, ‘Finish her off,’ he ordered.

‘Certainly sir.’ She spoke with mock gravity, and knelt down, sliding two perfectly manicured fingers inside her friends soaking snatch. He watched as the fingers moved slowly, rhythmically in and out, making tiny slurping noises in time to the clock. He stepped forward and began to kiss the red head on the neck, her face and her stomach. He circled all around her chest without actually touching it, planting the lightest of touches on her belly and her arms, forcing a groan from her confident mouth. He knew the need for attention in her breast must be almost unbearable. Would she beg? No; too proud. He suspected that right now she would like to though.

The tension was cut abruptly as the blonde cried out once more, her body shivering in satisfaction. The red head pulled away from him and stuffed an aching tit into her friends mouth, who instantly obliged by flicking a skilful her tongue over the neglected nipple. Red’s murmur of relief became a sigh of pleasure when he thrust his hard cock between her pink lips.

He had dreamt about this sort of thing, but the reality of the situation was almost too much. The girls so busy together, combined with the tongue expertly, divinely, licking at his tip, was driving him to distraction. He withdrew hastily and took a deep breath, gathering himself.

The clock ticked. The red head was whimpering for more attention.  He glanced at the cardboard bed beneath him; it was more or less squashed flat now. Time must be short and he was desperate to be inside one of them. He didn’t care which one.

Ripping the condom out of its packaging and rolling it into place, he lay on his back, his discomfort soon forgotten as his shaft was quickly swallowed up as the blonde sat astride him. The delicious sensations that coursed through him doubled as the red head lowered herself onto his face, offering her pussy to his open mouth.

Again his mind was full of the image they must be presenting. The stifled mews and groans from above told him that the girls were kissing each other as one pumped against his cock, and one rocked against his tongue. He held red’s thighs tightly, feeling the pleasing weight mould into him. Perhaps their hands were busy working on each others tits. He was sure they would be.

Tick. The girls were bar staff again. Collecting their clothes from the jumble of cardboard, they hastened towards the door. Turning to him for a final look, he blew them a kiss, admiring their calm but rather crumpled appearance. Tomorrow he would have to pinch himself. Had that really just happened?

The backs of his long legs ached where they had been rubbed against the uneven surface, and they were already bruising. It had happened, and he was about to develop the marks to prove it.

If you fancy reading the rest of The Collector, you can find it in paperback or e-book from Amazon, and all good book sellers.

Don’t forget to come back tomorrow for another tasty taster from the KJB archive.

Starting to Collect: Getting Set for Two Weeks of Tasty Tasters