I recently had the good fortune of meeting the totally delightful Renee Rose (spanking device ever to hand) at this years Eroticon UK, and was delighted when she kindly agreed to write a blog for my site!

Kay, thank you so much for having me today! 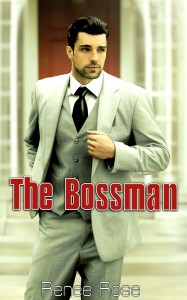 By the time Joey arrived, she was two strokes away from another orgasm. He strode into the

room, looking every inch the badass he was. “I thought I told you to keep that door locked,” he growled.

She sat up in the bed, alert to the possibility he was serious. “Sorry, sir.”

A twitch of his lip gave him away. “Do you need me to help you remember?” he asked, slowly unbuckling his belt.

She scrambled backward on the bed. “No, sir.”

He smiled a slow, dangerous smile as he pulled the belt free of his belt loops and doubled it, smacking his palm with a resounding whap. He grinned when she jumped at the sound. “Come here, little girl,” he said, crooking a finger. “I’m going to teach you a lesson.”

She crawled slowly off the bed and approached, trying to figure out how she could call the whole thing off. As if there was an audience she didn’t want to hear, she whispered, “I didn’t really want, I mean–”

He put an arm around her waist and pulled her body up against his, smirking down at her and lifting his eyebrows. “You didn’t want a spanking?”

She gave a tiny shake of her head. “No?”

“I think you do,” he said, brushing his lips over her temple. “I think you want the spanking, but you’re just a little scared.” He nipped at her neck. “Am I right?”

Sophie Palazzo steered clear of the mafia after her father’s involvement ended with his murder. Fifteen years later, Joey La Torre, the Don’s brother himself, shows up unannounced at her massage studio and wheedles his way into a date. She has no interest in aggressive, macho men like Joey, or so she tries to tell herself, but her body just doesn’t get the message. When Joey takes her in hand with a firm bare-bottomed spanking, she ought to be furious, instead, she’s aroused. As she explores her physical desires to be dominated, she tries to keep Joey at arm’s length emotionally.

Joey knows he wants Sophie for keeps from the moment he walks into her life. She is hot, classy and full of fire, even though submission turns her on. But his involvement in the mafia is a hard limit for her, bringing to conflict his own dedication to the Family, the code of silence and his relationship with his older brother. Can he reconcile his duty to the organization and his growing need for Sophie to remain in his life permanently? 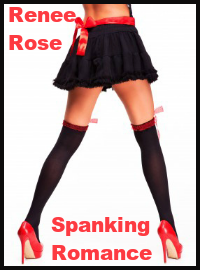 Thanks again Renee! Love it.