Joining the Vicious Circle- Christmas Kink- An Adventure in Self Publishing

I never thought I’d do- I never thought I’d self publish. To be honest with you, I’m still not absolutely sure it was the right thing to do. I am blessed with fab publishers, who have been very good to me- a little voice at the back of my head is telling me I’m being disloyal.

I’ve always seen self publishing as something of a vicious circle. 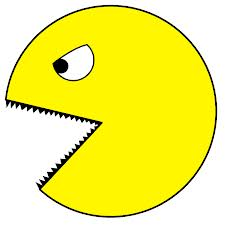 Self publishing is free therefore (understandably) loads of authors do it- but this means publishers are getting less trade- so publishers lose money- so publishers can’t afford to do as much as they used to- so they take on fewer writers – they can’t afford to market so much- so sales drop- and so authors have on choice but to self publish…and round we go again! (Yes, I am generalising- but you get the idea)

My other problem with self publishing is the removal of the gate keepers- no editors and no form of quality control- the result being a flood of badly written work drowning out the good stuff.

So- having said all that, why have I bought out my anthology, Christmas Kink, as an Amazon KDP?

In short- I need more sales. Simple as that. It may not get me many of course, but the attraction of 70% profit per £1.88, rather than the usual 25% is not to be sniffed at!! Erotica is struggling more than ever before in the literary sales world- and so I decided – (with the wise words of Lily Harlem buzzing in my head “You’re a brand woman- Your work won’t get lost in the flood- go for it” )-that it was time I swallowed my principles and went for it!

I was still nervous however- I am rather useless when it comes to sorting tax and things- and so I approached the enterprise with trepidation.

If it wasn’t for my wonderful friend Lily Harlem- one of the very very best self published authors out there- I’d have got no where at all with it!! In fact- it was her wisdom and support that guided me through what can only be described as a very complex process if you are resident outside of the USA. Poor Lily must have been dreading looking at her email in case it was full of questions about the self publishing process from me!!

Providing you follow all the rules and get your formatting right, the actual uploading of a book is very straightforward- it is the tax and bank forms that are enough to make you want to put down your pen and never pick it up again!! 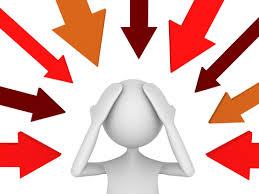 The real pain is the W8-BEN form- which is something you have to fill in concerning US tax- I would talk you through how to fill it in- but I can’t!! I had to run to Lily and my good friend Kev Blisse many times in the process of filling in that bugger of a form- I swear it’ll give me nightmares for weeks to come!!

The main thing you need to have is a TIN or EIN number- the 2 options for non-US residents to make sure the American government don’t take 30% of your takings in tax. As yet I haven’t managed to get one of these, as the number you have to ring comes complete with at least a 15 minute period on hold- and I never have 15 mins to spend on an International phone call!! But I know I’ll have to do it soon- I confess, I’m putting off the evil moment (I hate talking on the phone at the best of times!!)

The other 2 things you have to have concern the form about your bank details- your IBAN number and your BIC number (sometimes called a Swift code). I just popped into my local bank branch and they gave them to me there and then- that bit was easy!! 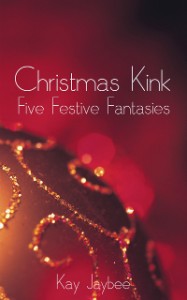 Apart from all that of course- you need your story, a blurb, and a cover. I just love the cover to Christmas Kink– it was put together for me my Liz Ponting, a freelance designer who I met during her time at Xcite/Accent. I just love it’s suggestive simplicity! (If you want her services just ask and I’ll put you in touch!)

So now I’m just waiting to see what happens- to see if the time I spent getting everything together was worth it!!

Guest Post from Yolanda Shoshana – The Magick of Scent

Big Book of Orgasms- A Book And A Half!!