Sexy Just Walked Into Town: Don’t Mess with ‘The Wife’

Today it’s my turn to share an extract from one of my stories within Sexy Just Walked Into Town– the FREE anthology from the Brit Babes! 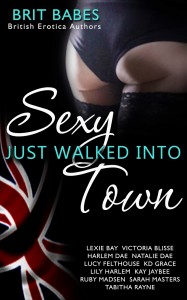 The inspiration for my FF(ish) story, ‘The Wife’ came to me while I was waiting for a hospital appointment. I was sat in a small waiting area looking directly into a room, which had obviously once been some sort o office, but now held a mix and muddle of medical equipment, chairs, desks, and so on. I’m sure the door on the room was supposed to have been closed- but I’m so glad it wasn’t- for as soon as I saw that confusion of cast off equipment, my imagination went into overdrive.

To add to the story which had begun to brew in my mind as I waited for my appointment, a shy looking young woman in her late twenties approached the rather intimidating and austere looking receptionist. I have no idea what their conversation was about- but that didn’t matter. My imagination had already begun to fill in the blanks, and connect the two women to the store cupboard. 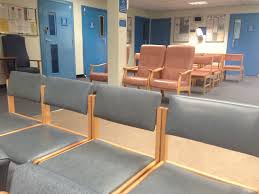 Before I had reached my turn in the consultants queue, I’d sketched out a plan for a story about a young woman who, convinced that the affair she’d been having was about to be outed, had decided to do ‘the right thing’ and confess her lovers wife before she found out from someone else.

“You did know he’d done this before?” Karen tilted her head to one side, appraising her visitor, “No, I can see he has told you nothing of the other gullible children who have come to find me like this.”

“What…I…” The words gullible and child stuck in Jade’s ears, echoing over and over again.

Jade stepped sideways in an attempt to put some distance between herself and her lover’s wife, but Karen’s arm shot out, her hand catching Jade expertly around the wrist. Its cool tight grip pinched, “We are not done here yet honey.” She gestured to the couch with her head, her sleek hair swaying with the abrupt movement, “Sit.”

Her feet stayed where they were, the small hairs at the back of Jade’s neck prickled as her mind raced.

“I told you to sit.” Karen propelled the smaller woman by the elbow to the bed, “I advise you to do as you are told, after all, I think you’d agree that you and Neil owe me one- or probably more than one if I know Neil, which my dear girl, I do. Very well indeed.” Karen closed the door of the room, pushing a few boxes in front of it, ensuring they would not be disturbed.

Jade’s heart rate went off the scale as an unfamiliar combination of fear, panic, and intense curiosity filled her. She knew she should run, scream, call for help, but something about this woman made her stay precisely where she was. A vision of Neil flashed through her head. Had he set her up to come here with tales of a fictitious colleague? Was he just trying to get rid of her, or, perhaps his wife had orchestrated this, perhaps it was her…

The hand around her bare arm relaxed its grip a little, but Karen didn’t let go, instead she began to trail her neatly trimmed black painted fingernails up and down a square inch of Jade’s skin, sending electric waves of unexpected desire through Jade’s body, “So, let me look at you properly, let me see exactly what my husband sees in a little girl like you?”

The green eyes after which she had been named, felt dim next to the cat like sheen of Karen’s stare, which starting at Jade’s small booted feet , travelled up the length of her 5ft 2” pale frame, making Jade embarrassingly conscious of her hardening of her nipples. This was ridiculous. Although the thought wasn’t unappealing, she certainly didn’t really want to have her first experience of sleeping with a woman with an intimidating wronged wife, especially when she was the one who’d wronged them. Why the hell is my body responding in this way? What is the matter with me? “Let me go!”

“I don’t think so honey,” Karen’s tongue dripped scorn, “you owe me one fuck at least.” Karen ran a sensual digit across Jades chest, “and by the way your tits are reacting to me my dear, I’d say you quite like the idea.”

Jade froze as Karen’s palms pressed against her breasts, forcing her to shuffle backwards, so she was flat against the wall. Her feet felt glued to the floor as her treacherous teats pushed hungrily back at the uninvited pressure.

Karen came closer, dropping her hands to Jades waist, her own rounded chest brushing her opponents. She whispered into Jade’s ear, “Neil tells me everything you know. Everything…”

Flinching, as the other woman’s mouth came to her neck, Jade let out a muffled cry as her skin was nipped and lapped with long languid strokes. Unable to move, and with no choice but to endure the attention, Jade screwed up her eyes and tried to focus on Neil. He hadn’t really told his wife about her… had he? Had there really been others? Surely Karen was just trying to freak her out, trying to extract her revenge in the strangest way possible.

When the red lipstick covered lips met hers, Jade was totally unprepared for the current of electricity that shot from her mouth to between her legs, and was unable to hide the quiet groan that revealed her body wanted this, even if her brain screamed that she didn’t.

Laughing, Karen said, “I knew it, you’re like a bitch on heat.” She pulled the shirt from Jade’s trousers and thrust her hands beneath, scratching sharp nails across Jades flat stomach, “I bet if I touched your pussy it would drip between my fingers.”

Squirming, Jade tried to pull away, but was again prevented by Karen, the wall behind her, and the boxes that littered the floor. “I don’t want this, you’re crazy!”

Karen’s hand moved so fast, that Jade didn’t have time to prepare for the arrival of the slap that stung her cheek, “Crazy? I don’t think so. Just curious girlie, curious about who is currently getting my husbands boxers around his ankles on a Tuesday afternoon.”

Jade’s throat instantly dried shut, as she croaked out a bewildered, “Tuesdays? How did you know that we met on Tuesdays?”

Karen laughed again, this time with less cruelty and more pity, which seemed somehow worse to Jade, as the woman stroked her lithe body. “I told you little girl, Neil tells me everything.” She worked her hands up under her rival’s bra, pinching her nipples until tears sprung up in Jade’s eyes, “Haven’t you worked it out yet?”…

If you want to find out what happens next, and many other wonderfully kinky tales from my Brit Babe friends, then you can pick up Sexy Just Walked Into Town for FREE as an e-book from all good e-retailers, including-

Don’t forget- you can also buy Sexy Just Walked Into Town as a paperback!

Come back tomorrow for a  host of HOT sexy extracts from Tabitha Rayne, Lexie Bay and Natalie Dae.