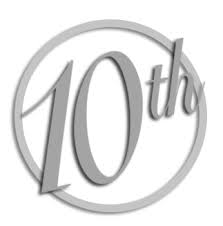 This week see’s the 10th anniversary of the first time I picked up a pen and wrote some erotica! A fact that, in itself, seems impossible to me – a shy, self-conscious, paranoiac woman who has never quite got used to the fact that people actually want to by her books! (For which I THANK YOU ALL!!).

As with any anniversary, I have found myself reflecting on all that has happened both to myself and to the world of erotica in general- and what a roller coaster ride it has been. Or perhaps it’s been more of a carousel, a long roundabout of constant ups and downs! 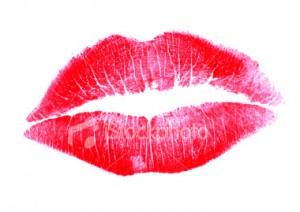 It took 40 short story and poetry publications before I was brave enough to write something longer, and when I did, I cheated!

Now, 10 years later, with over 100 stories to my name, including many novellas and novels, including the gratifyingly popular The Perfect Submissive Trilogy, I am still addicted, still hungry for the ‘yes’ of a publisher. Having a back record to your name never guarantees a story will be taken, and nor should it. Each new tale I write has to be worth publication on its own merits; it shouldn’t be published just because KJB wrote it.

Of course, I’d be a fool to suggest that every erotica story that has got ‘out there’ is worthy of its publication. The two biggest impacts on erotica writing in the past decade, self publication (KDP from Amazon) and the subsequent flooding of the market with poor quality fiction, and the publication of Fifty Shades of Gray are testament to that. Yes- I‘m generalising, but you get my point!

(If you want to read more about my reflections on the last decade in erotica- then check out the October edition of the ETO magazine!! xx)

And what of the next decade?

Well- I can EXCLUSIVELY reveal here that there will be one extra short finale to the Perfect Submissive story!! So watch this space in February 2015!!

I have four short stories coming out soon-

Taped – The Sexy Librarian’s Big Book of Erotica ed. Rose Caraway (Cleis Press) – you can hear me being interviewed about this story here

There will also be a new anthology next year- title to be decided!

And of course, the other ‘me’ Jenny Kane is really busy with the recent release of the contemporary romance novel Romancing Robin Hood, and the imminent release of my first picture book for children , There’s A Cow in the Flat…plus ‘Jenny’ has 2 more novels and a novella brewing.

I’ll leave you now- but I’ll be back soon with Part 2 of my anniversary blog and a great competition!