As you’ll know if you follow my blog, last month I celebrated my tenth anniversary.

Sometimes I have to pinch myself. There are genuinely days when I can’t believe that I have this amazing life. Somehow I have gone from being an archaeologist, to medieval historian, to an erotica writer, and I’m still not sure how it happened! One minute I was writing about crime rates in thirteenth century Leicestershire, the next I was describing how a dominant woman was getting her rocks off over a man tied to an armchair!

If you read this blog, or my Tweets and Facebook posts, you will notice a certain over-use of words such as ‘wonderful’, ‘amazing’ , ‘fantastic’ and ’lovely’. This is not due to a lack in my vocabulary, but because life is good, and those words say it all.

Every piece of erotica I have written so far has been penned within an ever growing pile of notebooks with my faithful black biro, while sat in the far corner of my favourite coffee shop, in the heart of SW England. 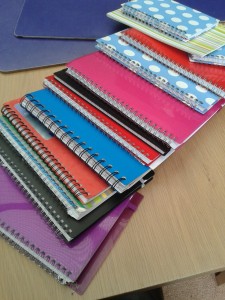 I’ve tried to drag myself into the twenty first century, and write directly into my laptop, but the best I can do is to type up the initial draft (a process which often involves much tutting as I fail to decipher my spider like handwriting). This is the time I do most of my editing, as I transfer my words of imaginative (hopefully) smut (definitely). 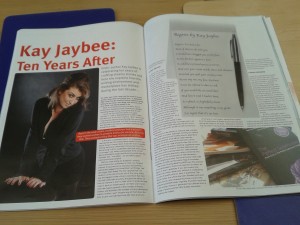 To round off my anniversary celebrations, the wonderful (see, told you I used that word a lot) ETO magazine has published an article about all the changes I’ve seen in the world of writing erotica since I began back in 2004! An amazing amount of luck has helped me along my way- check out the article, and you’ll see what I mean!! 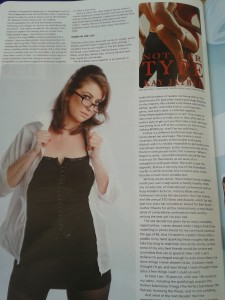 It’s been quite a week for me press wise- not only was I lucky enough to be in the ETO magazine, but my contemporary romantic fiction alter-ego Jenny Kane has been out and about in the Western Morning News, celebrating the launch of my novel, Another Cup of Coffee into the countries bookshops! Now that wasn’t something I wasn’t doing ten years ago!!!

I’ve been rambling on for long enough about this anniversary of mine, so I’ll leave you now. It really has all been rather incredible!!

The Retreat- A Sequel with a Fairytale Twist