Over to you Annabel…

I already had a background in romance (historical romance), so the romance part was easy! It was the erotica part that was actually difficult to get into, since my sex scenes before were just “love scenes” and didn’t go into descriptive detail.

It was a learning experience, that’s for sure! But, I just did as my muse told me and wrote Wildfire, which at the time was under the working title Licking the Flames. 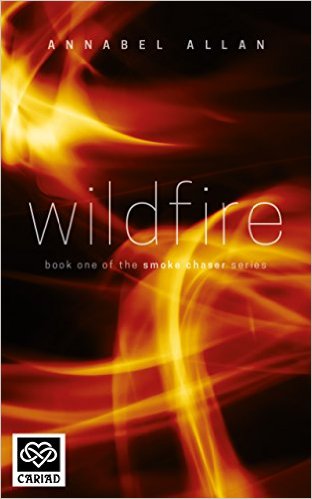 I actually had no plans on making a series, but I had inadvertently made the ending open ended for a second novel. My spidery-sense must have been tingling at that point!

After I queried a few publishers and agents, I got accepted by Accent Press and signed for a three book deal, which of course, led to four books. Again, not my plan, but you got to go with the flow.

I saw that office romances were actually quite popular, so I decided that would be the setting. Then I used my ideal man for Quinn and based Stephanie on myself, hence it being her POV. I then just took fantasies and turned them into prose. It seemed to work, especially with the romance aspect of the novel.

I also decided to set it in my city, Toronto, Ontario, Canada. I know the city fairly well and figured being in a big city can make for some good drama, as seen in Firewhirl.

What’s next for Annabel Allan?

Stephanie Fournier is a simple assistant at a law firm in Toronto, Ontario. She has her 9 to 5, but her real dream is to be a famous writer — until Robert Quinlan, the gorgeous CEO of the company takes up her thoughts. At first she takes to his obvious interest with glee…and then he finds out she’s a virgin. His sudden disinterest is not only embarrassing, but awkward around the workplace, especially with the heat still present between them. Stephanie sets out to prove she’s unshaken, only to entice him back into her thrall. But can an amateur really win over an expert in the art of seduction?

Bio-  Annabel Allan is the pen name for author Stephanie O’Hanlon. A full-time author living in Toronto, Canada, she loves to write spicy novels with a romantic twist. See her Smoke Chaser series released by Cariad.

Many thanks for dropping by today Annabel. Good luck with Wildfire.