XOXO- Won’t You Be Our Valentine Blog Tour 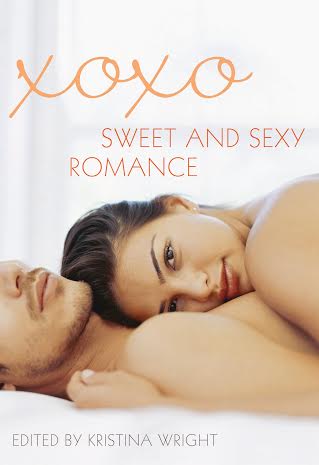 The calendar alarm sounded as Gail sought the best way to word a polite email to a rude client. Startled by the loud, persistent ringing, she stared at the notification that had popped up on her screen. Seven P.M.—spanking.

Her first thought was, how had it gotten to be seven without her realizing it? She really needed to make a start on dinner, unless Matt had taken over the chore as he did so often these days. Thoughtful, practical, willing to take a backseat to her career—she really was lucky to have him in her life.

Reading it a second time, the real implications of the note hit her. A spanking? She might be meticulous about recording every appointment, every deadline in her calendar, but she couldn’t remember scheduling anything like this. Just as she was wondering whether she ought to run her antivirus software and change her passwords in case she’d somehow been hacked, there was a sharp rap at the door.

“Come in,” she called, distracted by the mysterious notification. The door opened and Matt stepped inside, but it was a version of her husband she barely recognized. He wore a tweed jacket she’d never seen before, a white shirt and a loosely knotted tie, and his normally rumpled blond hair was slicked back with gel. The effect of the outfit was to give him an air of off-kilter authority, like a teacher with his own, unorthodox ways of keeping an unruly pupil in line.

“I’m here for our appointment,” he announced.

Gail glanced at her calendar. “You—you scheduled a spanking for me?”

She didn’t know whether to be annoyed or amused at this flagrant misuse of her time. Though it was seven o’clock on a

Friday night, she had to remind herself. She should have been off the clock well before now. And the thought of Matt putting her over his knee so he could smack her bottom was sending a flood of sticky heat into her panties and making her shift anxiously in her seat.

“Your behavior’s a cause of concern.” Matt walked over to the desk, picking up a wooden ruler and toying with it in a manner that made Gail wonder whether he might be contemplating using that on her backside. “You have no time for anything but your work, you leave me to do the chores… Frankly, it’s not good enough. You might pride yourself on being Miss Organized, but you need to be taught what your real priorities should be.”

His points hit home—they really hadn’t been spending enough time together over the last couple of months, in bed or out of it—and a guilty flush heated her cheeks. Before she could raise her voice to respond, he caught her arm, pulling her to her feet so he could take her place on her sturdy office chair. Half- giggling, half-afraid—though she’d admitted on many occasions how much the thought of being spanked by Matt turned her on, it had remained an intriguing fantasy till now—she allowed him to pull her onto his lap, bottom up.

Even Matt’s cologne was different tonight, she realized as she breathed it in, lying still in the moment before he inched her skirt up the backs of her legs. Something old-fashioned, making her think of sun-warmed wood and the sea. He’d taken the time to create a whole new persona for this encounter, and she couldn’t help but admire his ingenuity. Then she felt his fingers hook into the waistband of her panties, bringing her back to awareness of her precarious position.

“Hey,” she objected, “you never said anything about spanking my bare bottom!”

“You know it’s for your own good,” he replied, the words sending another little thrill of excitement through her. It didn’t stop her wriggling and kicking her legs, trying to make the task of pulling her underwear partway down her thighs as difficult as she could.

Once he’d succeeded in baring her to his satisfaction, Matt smoothed his palm over her exposed cheeks, lulling her with the gentle, repetitive caress.

“So, Miss Organized, I’m going to give you an even dozen smacks. Do you think you can count them for me?” It sounded like such a simple thing to do. “Yes, Sir.”

When the first swat landed, the flat of his hand smacking audibly against her buttock but not really hurting, she wondered why she’d been worried. “One.”