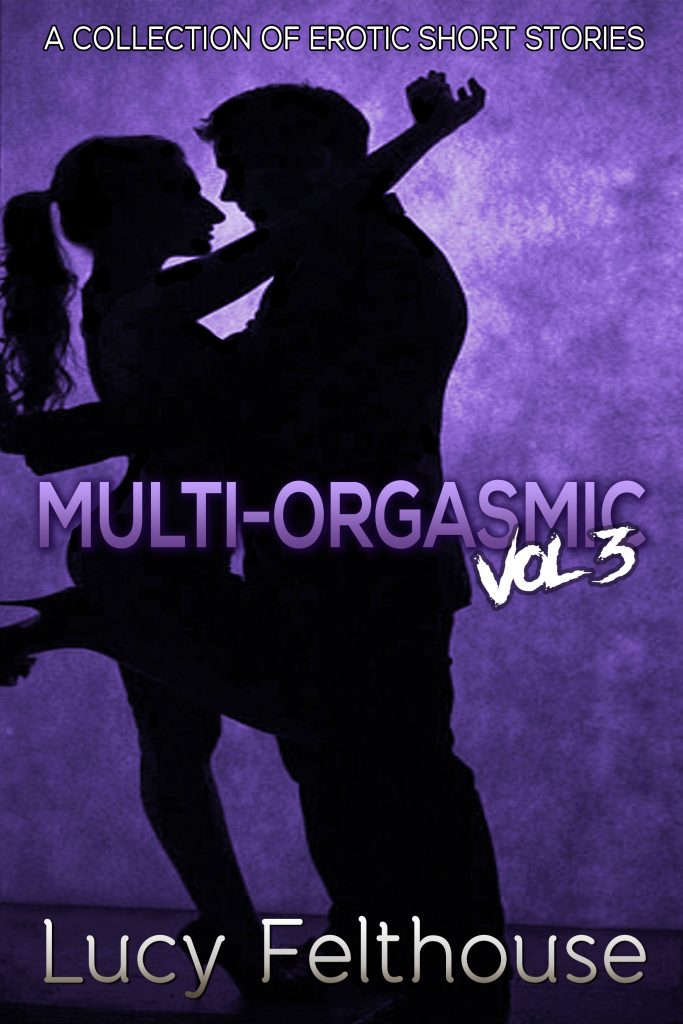 Felthouse is back with a third volume of her popular short stories. Heating you up this time are tales of tattooed bad boys, unusual bondage, female domination, women taking matters into their own hands, outdoor encounters with strangers, indoor encounters with husbands, spanking, and even a Valentine’s Day surprise.

Enjoy sixteen titillating tales, over 54,000 words of naughtiness packed into one steamy read.

Please note: The stories in this book have been previously published in anthologies, as standalones, and online, but have been re-edited and updated for this book. 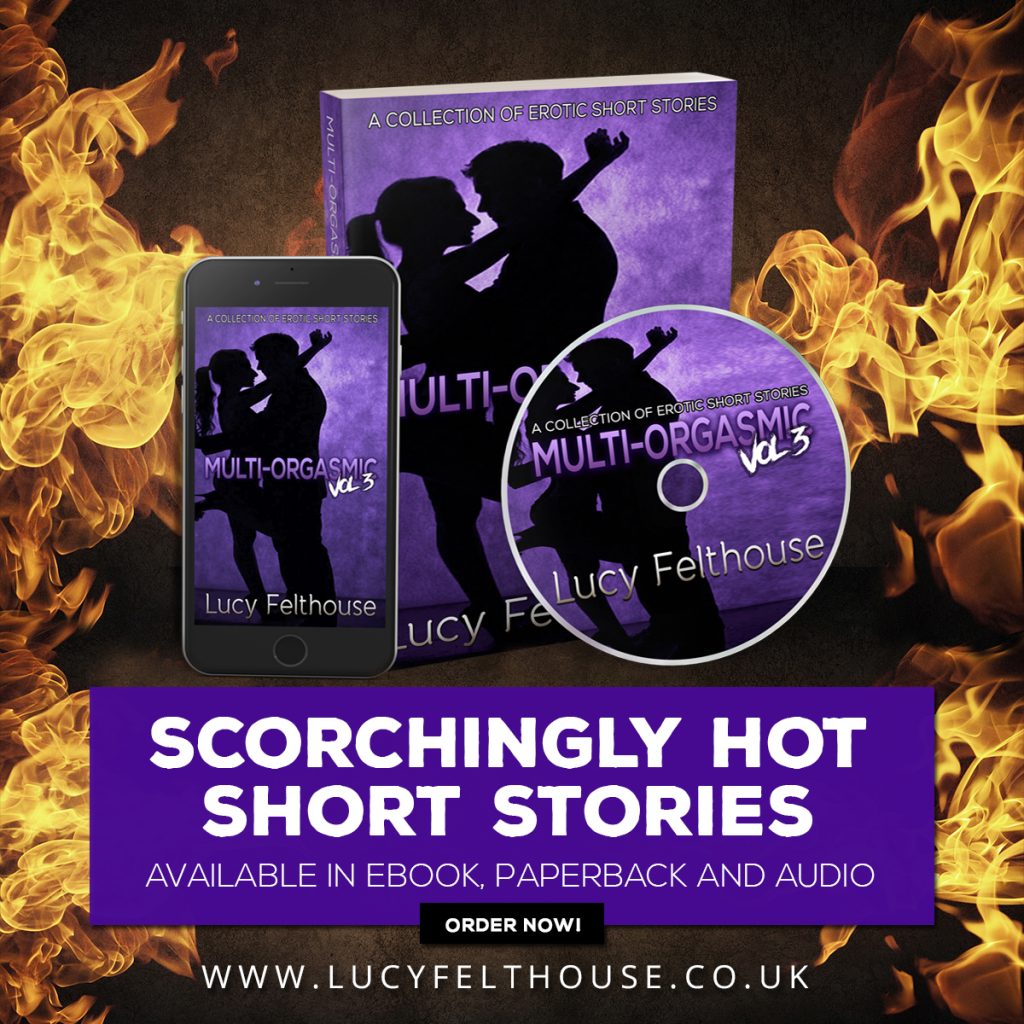 Excerpt from Passing Out Passion:

As we filed into the mess, I glanced to my left and caught my mother’s eye. We shared a smile. From my other side, my dad grabbed my hand and gave it a quick squeeze before letting go. It had been a tough twelve weeks, but now my younger brother Shane had successfully completed his basic training for the British Army, we were overwhelmed with pride. We’d just watched him and his colleagues at their passing out parade, complete with the pomp and ceremony Brits are famous for, and were heading indoors for some food, drink and celebrations.

I could hardly wait to see Shane and tell him how proud of him I was, but I knew that the recruits had some stuff they had to do before they could head into the mess and be with us. Hopefully they wouldn’t take too long.

Throughout the parade, I’d barely taken my eyes off the spectacle before me. The band and the recruits had mesmerised me with their well rehearsed routines, and when I’d finally spotted Shane, I’d welled up. My little brother. Though, of course, he’s not all that little. He’s four years younger than me, yet when we stand side by side I barely come up to his shoulder.

Now, though, I looked around at the other families and friends who’d also come to celebrate their loved one’s achievement. There were lots of hugging women, and men shaking hands and slapping backs. There were people closer to my age, too, the brothers and sisters of the recruits, and also girlfriends and boyfriends.

My mother’s voice tugged me out of my thoughts, and I turned to face her with a smile.

“Come on, sweetheart, your father’s gone over there to get us a table.”

I fell into step behind her as she walked towards the table she’d indicated. But the room was filling rapidly, and I quickly lost her in the squeeze of bodies.

I wasn’t concerned. I continued to slip between people with a polite smile and the occasional “excuse me” if they hadn’t seen me. Soon, though, I got to a group of people so tightly packed together and laughing so raucously that I was going to have to resort to shoulder tapping, I just knew it.

After my increasingly loud pleas went unheard, I reached up to tap one of the group on the shoulder. The guy spun round faster than I’d expected, almost knocking me over in the process. He reached out and grabbed my elbow to steady me, then our eyes met and a gasp escaped my mouth before I could stop it. He was obviously just as surprised as I, as his blue eyes widened and his grip on my arm tightened. My resultant frown obviously made him realise what he was doing, as he let go of me and finally opened his mouth.

“Hey!” His previous shock forgotten, his face transformed from surprised to delighted. “What are you doing here?” 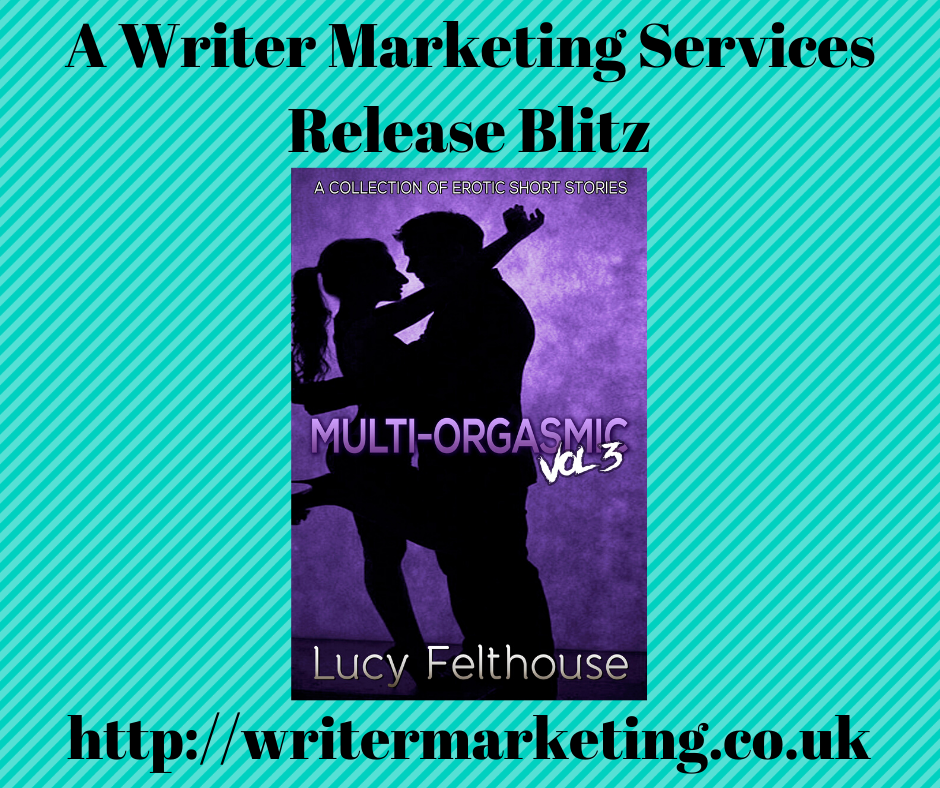