It’s “Opening Lines” time, and I’m delighted to welcome Tanith Davenport to my site, with the first 500 words from her re-released novel, “Watch the Skies.”

Over to you Tanith…

My excerpt is from my new re-release “Watch the Skies”, a piece I was inspired to write after many episodes of “Chasing UFOs” and “Destination Truth”. My characters are alien hunters, travelling out into the countryside at night in the hope of seeing something more than faint lights in the sky – only this time my alpha heroine, Aster, gets much more than she bargained for. 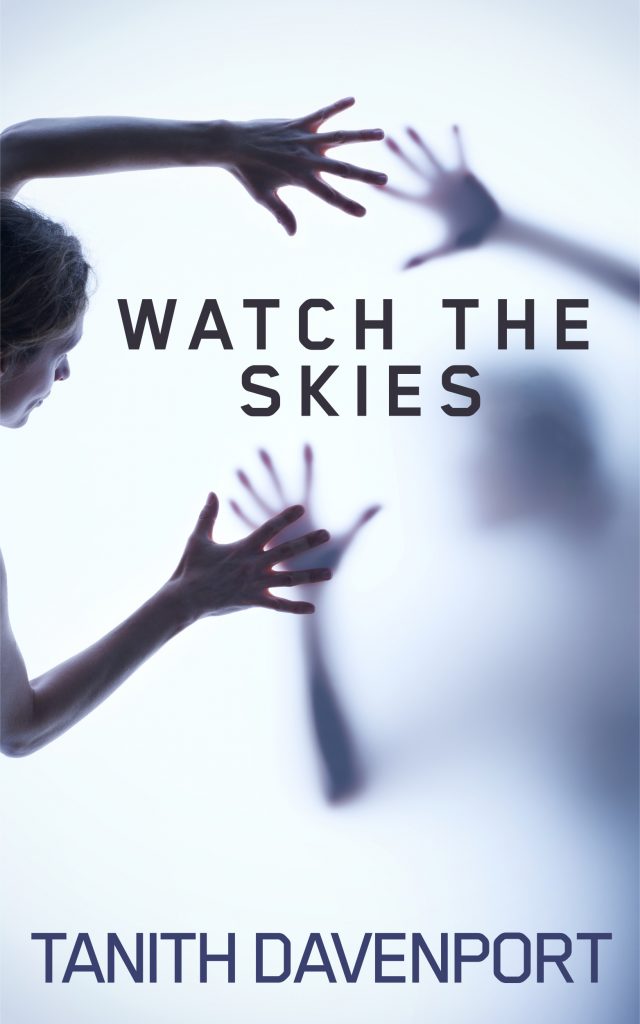 First 500 words of Watch the Skies

She liked to look out of her window at night and watch the stars.

It was a strange feeling. Sometimes it was curiosity, a desire to know what was out there. There had to be something, she was sure. They couldn’t possibly be the only intelligent life in the universe. Somewhere, no matter how far, there had to be other life, other knowledge.

But then, how far? Across unguessable gulfs, or closer by? Within their own galaxy, or lost somewhere in the immensity of space? Could it be possible that there was alien life within easy reach, or would it involve impossible travel to find them?

Sometimes it was loneliness. She wanted to find someone else out there, someone to communicate with, someone to know. It was difficult sometimes, feeling that she didn’t really belong. She often felt as though she was alone in a crowd, not like everyone else, abandoned in the midst of numbers.

Maybe out there in the universe there were others who would understand.

And then, at other times, she thought she saw lights, shapes. It was probably nothing. Airplanes, shooting stars. But at those times she would find her emotions changing as she watched, feeling a strange sensation of peace or belonging. She would find herself wanting to join them, yearning to cross that space and see them.

She could almost hear them in her head sometimes.

Not that she ever would tell anyone that. People would think she was crazy. Hell, she often thought she was crazy. But it gave her comfort to feel wanted, even if it was all in her mind.

The strangest times were when she would feel lust.

Not for anything in particular. It was an odd, free-floating lust that seemed to attach itself to nothing. But sometimes she would watch the skies and find herself leaning hard against the window, one hand pressed to the zip of her jeans, clit throbbing, wet, aching to be touched.

She would never understand why, but she liked to think it was part of the sense of belonging. That sometimes she was wanted, needed, and in return they made her need. It was a sweet secret she would never share, bizarre and special and solely her own.

She liked to picture them at times, imagine what they might look like. She had read so many different descriptions of alien life. Would they have the pointed face, wide eyes and spindly limbs of the traditional grey alien? Would they look more humanoid, blonde and sensual? Or maybe they would be completely different, unimaginable. She liked to think they would be recognisable, but maybe there were things out there that nobody had ever seen, or claimed to see.

The feelings of desire had come more often recently. More and more she had found herself aching, wanting, staring up at the sky in need. So many times she had yearned for someone to appear in front of her and touch…

Alien hunter Aster is frustrated in more ways than one. Her team haven’t had a proper encounter in months, and her cute teammate Wade is never going to see her that way – and no other man would let a woman like Aster take charge in a relationship anyway.

Until one night, out in the woods, when the team are engulfed in a white light – and overwhelmed with desire like they’ve never known. Suddenly Aster sees a new side to Wade, one that will let her give her alpha tendencies free rein…

But as the creatures they met return again and again, Aster begins to wonder what they really want – to see her and Wade together, or something more sinister? 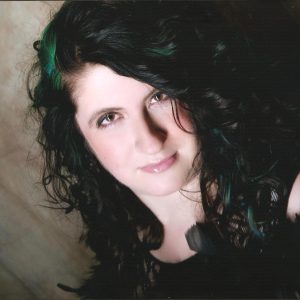 Tanith Davenport began writing erotica at the age of 27 by way of the Romantic Novelists’ Association New Writers’ Scheme. Her debut novel “The Hand He Dealt” was released by Total-e-Bound in June 2011 and was shortlisted for the Joan Hessayon Award for 2012.

Tanith has had short stories published by Naughty Nights Press and House of Erotica. She loves to travel and dreams of one day taking a driving tour of the United States, preferably in a classic 1950s pink Cadillac Eldorado.

Tanith’s idea of heaven is an Indian head massage with a Mojito at her side.

Many thanks to Tanith for that wonderful extract.