Vampire Alonso Darlington has a disturbing method of keeping landscaper, Reese Chambers, both safe from and oblivious to his dangerous lust for the man. But Reese isn’t easy to keep secrets from, and Alonso wants way more than to admire the man from afar. Can he risk a real relationship without risking Reese’s life? And if Reese finds out the truth, will there be any relationship left to risk?

Note: Landscapes has been previously released as part of the Brit Boys: On Boys boxed set.

It wasn’t that Reese Chambers made my cock hard – though he did. It wasn’t that he was beautiful in a rugged, leather and stone sort of way – though he was. It was that Reese Chambers moved me in ways I had not been moved in a very long time, in ways that I, who never lacked just the right words to express myself, found my vocabulary inadequate to the task. Talia would call it an obsession, and maybe it was; from my first sight of him mantling his sketchpad like a bird of prey over a fresh kill, alone in the midst of the crowded pub, I could think of nothing else. It was my first night back on British soil. It is said that you can never go back home, and it had been a very long time for me. But the need to come home was in my blood like fever these past years, as were so many needs that never left me, but only sharpened with the passing of time.

Next to me, Talia droned on about suitable residences in Cumbria, about the leasing of a car and the making of necessary renovations. The Two Dogs was busy for a Monday night with tourist season past, but being invisible was sometimes easier in a crowd.

‘Find out who he is.’ I nodded in Reese’s direction. Before Talia could protest, I continued. ‘I have a roof over my head, and I’ve fed. There’s nothing that can’t wait until tomorrow.’

Talia’s cheekbones flushed with the rush of blood, and heaven knew how beautiful she was in such a state, porcelain pale skin, midnight blue eyes and hair, which was so close to black that no one but I would have noticed all of the other colours in her silken tresses. She knew what it was I asked of her, and she knew the delicate line she tread on the rare occasion when I did ask. A tremor passed up her long, straight spine, and a bloom of tiny goose bumps textured her bare arms. It would not be painless, what I asked, and I knew she feared it as much as she longed for it. I could hear the thud thud of her pulse in the thin, silken skin of her throat as she swallowed the sudden dryness of fear. ‘What do you want to know?’

I leaned forward to rake the tip of my thumb against the pulse point in her temple. ‘Everything, Talia. I want to know all of it. And when you know, come directly to me. I don’t care what time it is when you return.’ 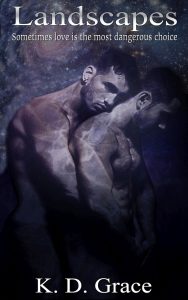