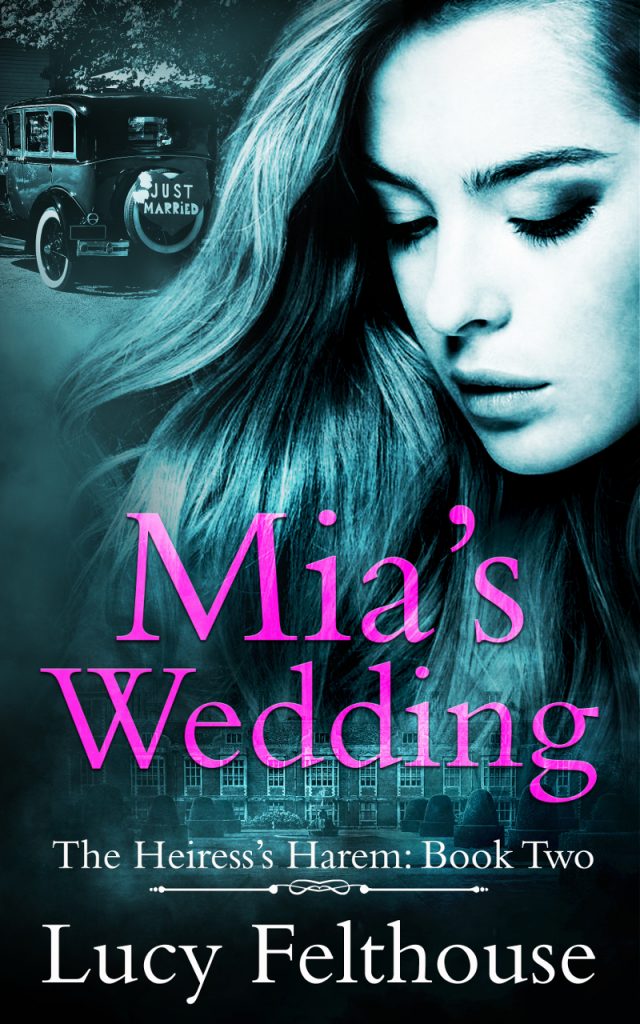 Planning a wedding is stressful enough, and that’s without a harem of gorgeous men to deal with.

Mia Harrington has had a difficult time of it lately—her father’s illness and subsequent death, then finding out she must get married if she is to inherit what’s rightfully hers. Fortunately, she’s tough and resourceful, and has emerged relatively unscathed from this period, as well as finding herself a suitable husband.

However, things are far from simple. Mia might be planning to marry investment banker Elias Pym, but she’s also having a relationship with his best friend, Doctor Alex Cartwright, and is in love with her gardener, Thomas Walker. Add to that broken dates, flashy proposals, a sexy Asian tech billionaire, and a nosey housekeeper, and you’ve got a situation hectic enough to drive even the most capable person to distraction. Can Mia juggle her men, her job, and the wedding arrangements, or is her happily ever after over before it has even begun?

Buy from Amazon or read in Kindle Unlimited: http://mybook.to/miaswedding 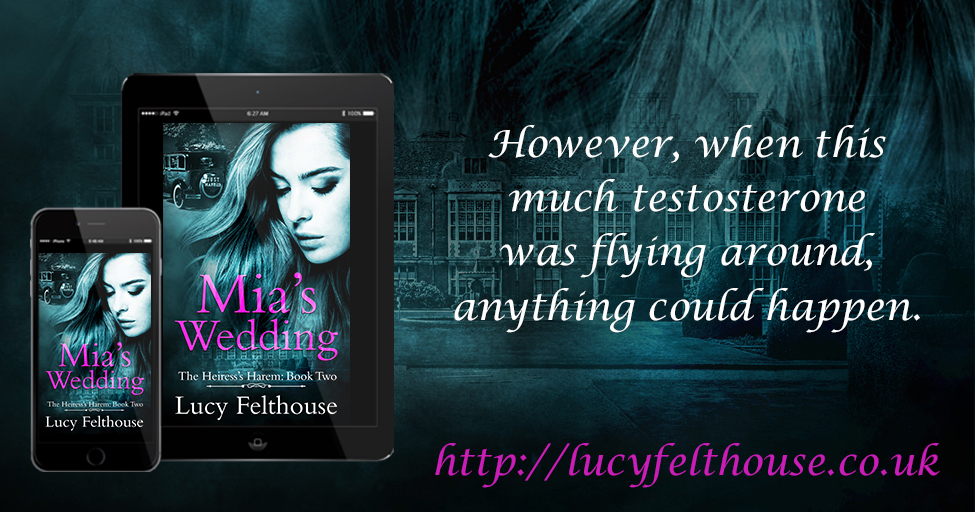 Mia locked up and put the key in her bag, then took Elias’s arm. They walked down the steps and out into the chilly January night to the waiting black cab.

“I’m afraid,” Elias said, once they were settled into the back of the car, “Alex isn’t coming.”

“What do you mean, he’s not coming?” she squeaked.

Elias looked apologetic, but gave a one-shouldered shrug. “There was an emergency at the hospital—as their nearest surgeon, he got called in. Couldn’t very well say no, could he?”

Mia shook her head and sagged back into the seat, her heart sinking to her stomach. “No, of course not. I’m very sorry he won’t be joining us, but although we’re scintillating company, we don’t count as a life or death situation.”

He reached out and squeezed her hand, then kept hold of it. “No, we certainly do not. I hope, though, that I’ll be entertainment enough for you by myself this evening.”

She squeezed his hand back, then leaned over and kissed his cheek, pulling in the scent of his delicious cologne at the same time. “I’m sure you will. Besides, this was part of what you two meant when you were talking about being able to give a woman the attention she deserves between you, wasn’t it? Alex unfortunately can’t make it, but because I’m dating—or whatever the hell we’re calling this—both of you, it means I’m not left high and dry. I’m sure at some point you’ll be the one who has to cancel. These things happen.”

With a smile, Elias said, “They sure do. Though I don’t really get emergencies at work—and if I do, they’re all about which person gets to line their pockets the most, rather than saving lives. But enough of that!” he added brightly, clearly eager to change the sore subject of his chosen career. Though she still didn’t understand why he was so embarrassed about it. And if he hated it so much, why was he still doing it? She wasn’t going to broach that particular topic, though, not tonight. She already had one potentially hairy subject to discuss.

But then how could she, now? How could she talk about the situation with Thomas without Alex present? She stifled a sigh. Fuck it. Looks like it’s going to have to wait.

“You’ll have to wait and see,” he replied with a smirk.

She jabbed him in the ribs. “Seriously?”

“Yes, seriously. Patience, woman! We’ll be there in…” he peered out of the window, presumably to check where they were, “in less than ten minutes, traffic permitting.”

“Hmph.” She folded her arms and pouted. “Guess I’ll just have to wait, then.”

“Don’t sulk.” Elias tapped the end of her nose. “We haven’t seen each other in a little while, so I want smiles and laughter, not pouting. Even though I know you’re faking it.”

She gasped. “I never fake it!”

“I should hope not,” he shot back, his grin turning wicked. “My future wife deserves nothing but the best, and that includes orgasms. Real ones.”

Her tummy flip-flopped. Bloody hell, she’d almost forgotten about that. She’d been so focussed on working up to telling Elias and Alex they weren’t the only two men to be sharing her that there hadn’t been much capacity left for thinking about her impending wedding. But then, technically speaking, she wasn’t engaged yet. They’d discussed it and informally agreed to it, but there’d been no proposal, no acceptance, no ring. 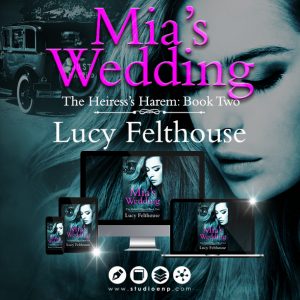 There was plenty of time left for all that, though. If she and Elias had to grab a couple of witnesses and go to a registry office at the last minute, it would still count—her father hadn’t specified a type of ceremony, thankfully. But that wasn’t how she wanted to do things, and she suspected Elias wouldn’t be too keen on that idea, either.

“Ooh, your future wife, am I?” she teased, figuring that since the topic of Thomas was off the table, she might as well put the topic of their engagement on the table, instead.

Elias frowned. “Of course you are. I know we haven’t sorted a ring yet, but we still know we’re engaged…”

She shrugged, hoping it appeared more nonchalant to him than she actually felt. “Well, not exactly. We never made it official, did we? More of a loose verbal agreement.”

Elias groaned and screwed up his nose. “When you put it like that, it sounds bloody awful. I know to all intents and purposes it’s a practical arrangement, but I want it to be much more than that, Mia.” He cupped her cheek and brushed his thumb over her skin. “I’ve missed you.”

Warmth bloomed where he touched her, and radiated across her entire face and down her neck. She smiled and placed her hand over his. “I want it to be more, too. And I’ve missed you, as well. It’s been a long month, hasn’t it?”