I was scrolling through Facebook a couple of days ago, and the subject of Book Boyfriends was being discussed on a number of streams. The happy chatter over who was the most ‘appealing’ fictional chap out there got me thinking- I wonder how many people would like John from Not Her Type as their book boyfriend?

I know that many of my readers have developed a soft spot for this mysterious bad boy- but does he ‘do it’ for you? 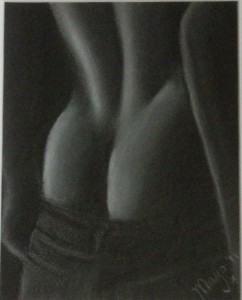 Here’s an extract from the kinky MF world of Not Her Type, and my sexy delivery man…Is John your type?