To celebrate I’ve decided to share with you something – Last week I was having a long overdue clear out of my writing cupboard, when I found the  notebook in which I first scribbled the idea for my naughty delivery man story. (Yes- I do have awful handwriting) 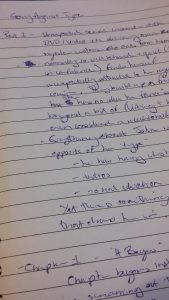 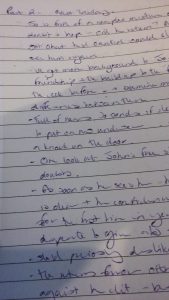 Jenny, the customer who becomes the centre of every sexual fantasy her courier, John has, discovers very early on that no matter how much she looks forward to her lusty encounters with her fuck-me handsome lover- it’s rarely going to last more than five minutes!