I have written a number of stories that have included texts, such as Perks of the Job (Tricks For Kicks, Xcite) and Not Her Type (1001 NightsPress). It was so much fun to add this textual dimension of communication to my tales. These stories were so well received that I was determined to make text conversations an integral part of my novel, Making Him Wait.

Theo is normally very much in control of his life, but after he visits Maddie’s studio in the curse of his job as an electrician to install some new lighting, he quickly finds himself obsessed with both her, and the sheer weight of the eroticism that seems to ooze out of the art that covers the walls.

Maddie, a master of the art of self-control, has an exhibition to put together for the recently re-opened Striped Banana gallery, and although she is keen to have some fun with Theo, she is determined create all the new works of art she needs first. At the same time however, Maddie has no intention of letting Theo lose interest in her while her energy is required elsewhere…

So what better way to lure Theo with promises of breath-taking sex than via text messaged conversations- and then making him wait for answers to his texts…? 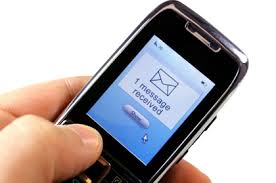 Very quickly, Maddie has Theo exactly where she wants him- at the centre of an unpredictable waiting game. But Theo isn’t always sure what he’s waiting for- and every time he thinks he’s about to get what he wants, Maddie changes the rules, and Theo finds himself having to wait all over again.

As time passes however, and Maddie needs Theo’s help to get her exhibition complete on time, the artist finds she isn’t getting everything her own way. Is it possible that in Theo Hunter, Maddie Templeton has finally met her match?

If you would like to buy Making Him Wait to find out what happens to Theo and Maddie, it is available as a paperback or e-book from all good retailers, including…