Welcome to Day 6 of my Two Weeks of Tasty Tasters blog series!

Today I am bringing you half of a long story from my Fem Dom anthology Yes Ma’am.

This collection is what many think of as pure Kay Jaybee – that is to say – the six stories within Yes Ma’am are of the S&M/BDSM genre. As you can imagine, it was tremendous fun to write…

Here’s a bit of an appetite whetter from the tale entitled Dear Claire….

She was sure they were having sex. The tell tale bumps and thumps, not to mention the heavy duty groans coming through the thin bedroom walls, had been driving Ali mad for at least half an hour.

Having been invited by Claire for a girlie chat and sleepover, Ali was incensed that Rick had crashed their private party before it had even got started. It doesn’t help, Ali thought as she gave up trying to drown out the muted sounds from the neighbouring room with her pillow, that I’ve had the serious hots for my best friends’ partner for months now.

Escaping to the bathroom, Ali took her time getting showered and dressed. She was surprised to find that when she headed into the kitchen twenty minutes later, Claire was already there, fully dressed, and slipping on her coat and shoes.

‘I’m popping out to grab some stuff for breakfast. Could you be an angel and take Rick a coffee in bed?’

Without giving Ali time to reply, Claire disappeared into the early morning drizzle, leaving her friend with her palm frozen on top of the kettle. The last thing she needed was to see Rick all relaxed and rumpled from sex in someone else’s bed.

Rather than sorting the coffee, Ali left the kitchen, and banged hard on Claire’s bedroom door, ‘The coffee will be in the kitchen Rick.’

Ali hadn’t expected much more than a grunted reply. After all, Rick wasn’t one of life’s communicators. Even Claire agreed that he was only really useful for sex and unscrewing particularly tight jar lids. Yet, the silence from beyond the door was almost eerie. There should have at least been the muffled noises of him shuffling about the bed, or moving around the room hunting down his socks.

A ripple of uncertainty shot through Ali as she stood there. Claire had told her to take the coffee in to him, and now she thought about it, the request had been rather definite. Almost an order. With a final call of, ‘Rick! Do you want coffee?’ Ali inched the door ajar as she repeated her knock.

The reason for Rick’s lack of response was immediately apparent. Ali’s mouth slammed shut. She didn’t know where to look first. All she could think, as she hovered immobilised in the doorway, her eyes roaming with pussy clenching leisure over Rick’s tied frame, was that Claire had intended her to find him like this. She evidently had more in common with her friend than she’d previously thought.

Rick was stood side on to the end of the bed; his legs positioned about half a metre apart. A solid metal shackle, fastened to the leg of the bed frame, surrounded and connected each ankle. He was effectively pinioned to the spot.

His arms were secured behind his back with a pair of leather cuffs, and his dangerous brown eyes were hidden beneath a heavily padded strip of black material, which also covered his ears. Ali realised that he hadn’t even heard her calls. And even if he had been able to hear her, the hard ball gag wedged between his teeth would have prevented him from responding.

With heart pounding disbelief, almost on tiptoe, Ali walked towards the man who haunted her dreams, not sure whether to visit his front or back view first. She opted for his rear.

Her surprise at finding Rick bound and helpless paled into insignificance compared to the shock of what her emerald green eyes spied as she observed his tight arse. On the right buttock, tattooed in tiny neat red script, were the words ‘If I don’t obey my mistress, I will suffer.’

The evidence of this suffering was obvious. Across his butt cheeks and the top of his legs, old welds and bruises littered his skin. An image of Claire bedecked in black leather entered her mind. It wasn’t difficult to picture her whipping her lover for a whole host of unknown crimes.

Reaching out a hand, Ali hovered it in front of his scarred flesh. Her damp knickered desire at odds with the fact that she was about to touch her friends lover. Yet, Claire had set this up. The more Ali thought about it, the more she knew it was okay, and the idea that Rick might not know it was her, only increased her body’s nervous frisson. In fact, until she touched him, he wouldn’t know anyone was with him at all.

Reverently tracing the healing line of a past lash, Ali experienced a rush of adrenalin fuelled pleasure run down her spine and tickle her snatch.

Aware that he was not alone, Rick’s head twisted left and right, his senses straining to work out where his unseen companion was. Ignoring his flailing, Ali knelt as close as possible to the tattoo. Inhaling the aroma of masculinity, her sharp turquoise fingernails followed the loops of calligraphy. 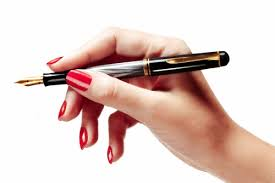 From her crouched position, Ali could see Rick’s balls. Passing a hand through his rigidly immobile legs, she teased his scrotum, enjoying the increased tensing of his leg muscles. Suddenly her fingers met a new and unexpected texture.

Moving around him quickly, Ali found herself facing the most solid dick she’d ever seen in her life, all neatly done up in a bright red ribbon. Two small silver keys were attached to either end of the garland, both presumably corresponding to the locks at his ankles and wrists. Ali’s final doubts about betraying Claire dissolved in an instant. The bow adorning his shaft was presenting Rick as if he was a gift.

Without wasting time wondering how her friend had worked out she fancied Rick, Ali began to act. Her tits felt so swollen that she just had to undo her bra. Threading it from beneath her shirt, leaving the cotton fabric flapping open over her breasts, she stalked around the room, studying the three sides of Rick she could easily get to.

Placing the flat of both palms on his chest, Ali inhaled the particularly salty sweat and desire dripping scent of the trapped male. Sliding her hands downwards, she made sure her nails scraped his flesh. Rick’s feet twitched a little, and his wrists rattled against the short chain that joined the leather cuffs. Ali wondered what he was thinking, and if Claire had told him she’d be coming to visit him. Something told Ali that he didn’t know, and to hold back from revealing her presence; to have some anonymous fun while she could. She had total freedom, and suddenly the months and longing to spank this guy until he begged her to stop was too much.

Turning to the mess on the desk in the corner of Claire’s bedroom, Ali picked up a ruler, and without hesitation, began to swipe it against Rick’s buttocks, paying particular attention to the tattoo, aiming one hit at a time at each of the individual letters.

Swaying with every strike, Rick’s feet stayed planted against the plush red carpet, as fresh pink blotches spread across his buttocks.

Pausing for breath, Ali listened to the faint murmurs of sound escaping from the corners of Rick’s mouth. Returning to his front, she licked away the saliva that had gathered around the rubber guardian. Her right hand snaked down Rick’s front; fingertips lingered above his naval for a second, before Ali tugged at one end of the ribbon, releasing his cock from its tight knot.

Ensuring that the satin fabric caressed his skin, she snaked it up his body, tying the ribbon and keys loosely round his neck for safe keeping. Then, knowing she couldn’t get what she most wanted while his mouth was muzzled, Ali undid the ball gag and cast it to one side.

Gasping and spluttering, Rick’s tongue swept over his dry lips. Quickly, Ali placed her index finger firmly over his mouth, her intention that he shouldn’t talk very clear. Then, she pushed his shoulders forward. With his arms secure behind his back, and his legs stuck, there was no way he could kneel down, but he could bend forward, which he did.

Hastily divesting herself of her trousers, so she was just stood in her knickers and open shirt, Ali pulled her belt from her jeans. A new hot pulse of power surged through her as the first strike met the top of his thighs, and a bellow of pain exploded from his mouth. It had been way too long since she’d treated a man like this. She felt high and all powerful, an empress of debauchery. Her pussy twitched and contracted with the moans and groans that issued from his mouth. Seeing a strong man hogtied was one thing, but hearing how much she was hurting him was what did it for Ali.

Her eyes kept straying to the tattoo. It fascinated her. She wondered if Claire had ordered its addition to his fit body, or if it was a delicious remnant of a previous relationship.

Smiling with satisfaction, she twirled the pen she’d found like a weapon. Levering Rick back upright, Ali bought the black biro to his left bicep. Pressing hard, so he was aware of every stroke of the pen, she began to write,

Thank you for your thoughtful gift. I guess you know me even better than I thought you did.

Breaking off with a viciously applied full stop, she briefly admired her work, before moving on to Rick’s thigh.

I have long dreamed of torturing your lover. I love the tattoo and previous whip marks. I hope you don’t mind the additions I’m about to make.

Again she pushed the pen nib hard, watching as Rick’s toned skin darkened with the pressure of her writing. With each dotted ‘i’ and each crossed ‘t’ Rick flinched and sighed, his confined reactions adding to her own arousal.

Moving to his annoying perfect six pack; Ali began to write once again.

Do you favour a whip or a cane?

Your lover’s dick is gorgeous

Ali wrote on and on, listing all the fantasies she’d ever had, every image that had inspired her midnight dreams. Then, when there was no clear skin left on his torso, Ali progressed to his back. Finally, when no bare skin remained north of his waist, she threw the pen to one side, and breathlessly returned to Claire’s bedside chest of drawers, convinced that would be where she’d find what she wanted to play with next. She was not disappointed.

Picking the short white cane from a tangle of her friend’s silky underwear, Ali trailed it through her fingers…

If you would like to find out what happens next, or discover what other Fem Dom tales are tucked away inside Yes Ma’am’s e-pages, it is available from all good e-retailers, including-

Thanks for popping by for Day 6 of this look back at past erotica publications.

Tomorrow I’m honoured to welcome one of my erotica heroes – the unique, Mr Ashley Lister. Don’t miss it.