Today it’s time for another in the ‘My First Time’ series- and I’m delighted to welcome Emmanuelle de Maupassant to my blog today for a cup of something and a chat!

Over to you Emmanuelle…

About 11 years ago, I was living in one of the former Soviet states and began researching old, pagan superstitions and customs, including folk mythologies. I felt a compulsion to write my own tales using my findings: not retellings of existing Russian fairy tales, but something original, combining elements from various sources. These were early drafts of stories which now feature in my Cautionary Tales. They were more bawdy than erotic, and focused on the darker side of those old superstitions. It was a full decade before I returned to them in earnest and polished them, with the help of my editor (Adrea Kore). 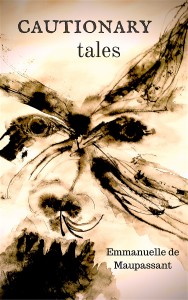 My first works in print were travel guides, commissioned for the Culture Smart! series and for Dorling Kindersley’s Eyewitness series. Before that, I’d written travel articles for various journals including The Times.

I had no idea I’d be an erotica writer – it just came from nowhere! Was writing erotica something you intended to do, or was it a bit of a shock?

I was chatting with a friend and, somehow or other, we pretty much dared each other to write something ‘naughty’. From there, ‘The Gentlemen’s Club’ was born: a rather provocative tale set in 19th century London. I began writing without any clear plot direction, but guided by a definite desire to write about sexual obsession. My fingers almost had a life of their own and, one month later, my first draft was complete. 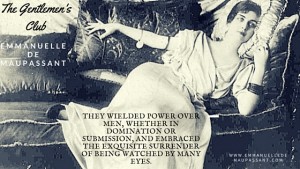 I’ve never been happier. I have license to write into ‘dangerous’ places. There’s no point hiding anything, or pretending. 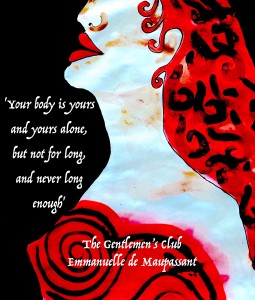 Volume Two in my Noire series, which is set in Italy, in 1899. Lashings of gothic mystery, a vile villain, a cunning seductress, and a host of eccentric characters. It should be ready for release by late summer.

To my first published story: The Gentlemen’s Club

and to my latest book: Cautionary Tales 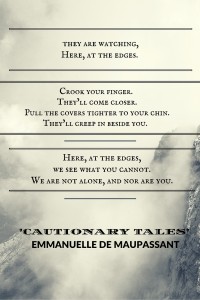 Emmanuelle de Maupassant lives with her husband (maker of tea and fruit cake) and her hairy pudding terrier (connoisseur of squeaky toys and bacon treats).

Many thanks hun- wonderful interview.