Delivering Romance with Kink- Not Her Type

I will let you into a secret- Not Her Type is a love story!!!

Shush…don’t tell anyone. Kay Jaybee- writing a love story!! My reputation as a producer of bondage smut will be forever dented!!

Thrown together by an unexpectedly mutual lust, it is on their third meeting, during a mid-fuck sharing of fantasies, that Jenny confesses to John that, despite their extensive differences, they have something very important in common – they both (usually), prefer women.

Jenny let out a strangled whine, as much from the sensation of being so wonderfully full as from the irritation of having to wait to hear about his dream. An accompanying moan almost simultaneously escaped from John, as she gripped her pelvic muscles around his cock, holding and releasing him over and over again until she couldn’t wait any longer. “You’ve always wanted to what?”

John grinned wickedly, but said no more as he grabbed Jenny’s waist with one hand, thrusting faster, and snaked his other hand down between her legs to massage her nub. Now it was Jenny’s turn to lose her focus. Her film courier could have told her anything at all, and she would have been totally oblivious to what he’d said, as vivid red and orange bubbles of colour burst inside her head.

Shaking with the astonishing intensity of her orgasm, Jenny held onto him tight, digging her fingers into the ink-scarred arms.

She felt the shudder of John’s body as he threw his head back and came inside her. Wiping tangled hair from Jenny’s eyes, John eased himself away from her glowing body. At last he spoke, “I’ve got this picture in my head. I simply can’t shift it.”

“Of you, and me, and…” He paused again, as if trying to decide if he should go on.

Jenny’s pulse-rate hit epidemic proportions. What the hell could be so outlandish that he’s struggling to tell me? Does he think I’ll run a mile or throw him out the house or something? “And…?” It was increasingly difficult to keep the frustration from her voice.

He took an audibly deep breath, “Of you, and me, and another woman.”

It took all her effort not to laugh. All that hesitation for such a standard bloke’s fantasy. But rather than mock, Jenny began to visualize the scene he was suggesting. Is this something he wants us to fantasize about together? Or something he actually wants us to do for real? As she studied her new lover closely, a buzz of excitement rose within her. Is he serious?

“Well?” For the first time since she’d met John he had a trace of uncertainty in his tone, and his confident eyes dipped and failed to meet hers.

So, he is serious. Moving closer to his naked body, placing both her palms flat on his chest, Jenny whispered into his ear, “You find her and I’ll do it.”

Never would Jenny forget the stunned look on John’s face as he spluttered, “What? Really?”

“Sure,” a knot of exhilaration gathered in her chest, and Jenny trailed her fingers lower, lightly twisting the hairs on his chest together in small clumps. “Anyway, it wouldn’t exactly be my first time with a woman.” 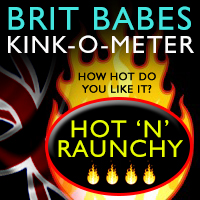