My series of interviews with erotica writers documenting their first time publishing/writing experiences is proving so popular, that I’m going to be popping them up a little more frequently for a while.

Today I’m delighted to welcome the lovely Ria Restrepo to my site. So why not go and grab a cuppa, a little something to nibble, put your feet up, and have a little read…

Yes, I remember it vividly. I was in my first year at university and going through a lot of emotional upheaval. While I was trying to study in upstate New York, I kept getting distressing phone calls from my parents in Miami. There was a lot of crap going on with their psycho neighbours and some unrelated drama with my extended family. I’m an only child, so I was naturally very close to my parents and felt isolated and helpless.

I shared a few chapters with a friend at the time and she called it “dark and twisted, but hot.” I’d been reading a lot of Anne Rice and Stephen King, so that may have influenced the direction of my musings.

Rachel’s Destruction remains unfinished, in a manila folder, tucked away in the back of a desk drawer — along with a lot of other unfinished early work. I’d never really planned on publishing it, but who knows? I may revisit the story and finish it at some point.

No, it wasn’t erotica. When I finally got serious about my writing and getting it published, I had a couple of things happen around the same time. I’m not sure which happened first. Under my given name, I had two literary fiction short stories published in an anthology of local writers. Both were very idealistic and heavy with meaning, but definitely G-rated.

The other thing was a chapter I’d written for Harlequin’s website. They had something called a “Round Robin.” One of their writers would start a story, then readers would submit the next chapter. They’d choose a winner and publish it on their website. It went on like that until they decided to finish the story. When I discovered this, the Round Robin was already under way, but I thought I’d give it a shot. Shockingly, the first time out, my chapter won and was published. I think the story was called “A Touch of Scandal,” but it was PG-rated. I don’t know if Harlequin still has this contest. 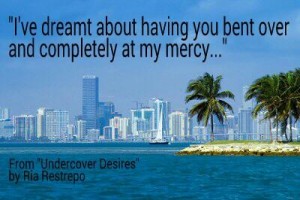 No, I didn’t set out to write erotica — although, as I mentioned, my writing started out with a lot of sex. Mainly, I was interested in writing romance, but tried just about everything to “get published.” My writing was all over the place — everything from literary fiction to political humor.

My first complete novel was a romance, which I now look back on with horror. There was more wrong with that book than was right. It had just about every mistake a novice writer can make. At the time, though, I submitted it everywhere and it was rejected — rightfully so. But I continued writing and submitting, learning the hard way, through trial and error. Finally, I wrote a chick-lit novel intended for Harlequin’s Red Dress Ink imprint and they asked to see the complete manuscript. Thrilled that it made it that far and hoping for the best, I rested on my laurels when I should have been working on another novel. This was another newbie mistake.

During this down time, I discovered the website Literotica. Yes, there is a lot of poor writing on there, but there are also some very hot stories. My only exposure to erotica up until that point was Anne Rice’s Sleeping Beauty Trilogy, which I read in college. I loved the series and it made a big impression on me. After enjoying some dirty stories on Literotica, I submitted one of my own under a pen name for a contest. It didn’t win, but was very well received. Soon, I was editing other people’s stories for their volunteer editing program. One of the writers I was working with introduced me to the Erotica Readers and Writers Association (ERWA) and their calls for submissions. I met a lot of talented writers and learned a great deal. 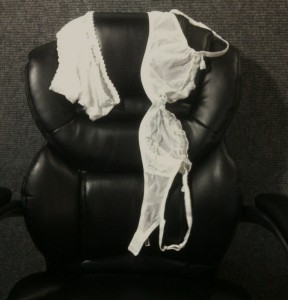 My erotica writing has been a dirty little secret for a long time. I come from a sexually repressed Catholic background. Although my parents didn’t ram the church down my throat, make me go to mass, or indoctrinate me in the catechism, the mentality was still there. Anything sexual was verboten. Oh, I knew my father kept dirty magazines hidden in the bathroom, but I knew better than to talk about it.

Still, I can count on one hand the number of people from my everyday life that know I write erotica. When I tell people that I’m a writer, I say I write romance. It covers a multitude of sins, saves me embarrassment and censure from folks who’d be scandalized, and allows me to avoid unwanted attention from lecherous men. 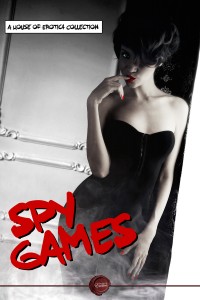 My first published work as Ria Restrepo was “Undercover Desires” in Spy Games: Thrilling Spy Erotica, published by House of Erotica and edited by Jillian Boyd. The buy links page on House of Erotica’s site is here:

“Restitution” in Best Women’s Erotica of the Year, Volume 1 is my most recent published work. Buy links here: 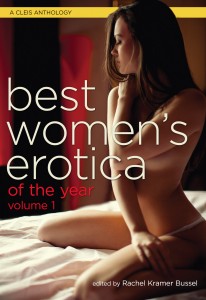 Another story, “Rickshawing with Rick and Shawn,” a MMF erotica piece is coming out soon in Prompted. No buy links for it yet, but you can read about it here:

Also, here are links for my website and blog:

Ria Restrepo has written in many genres, from literary fiction to political humour, under various names. Now she’s focused on writing what she loves to read—romance, erotica, and all the shades in between. She’s spent most of her life in South Florida and continues to live in the Sunshine State, because she still has nightmares about standing in feet of snow, waiting for the school bus in rural Pennsylvania. Her work has appeared in Spy Games: Thrilling Spy Erotica, Best Women’s Erotica of the Year, Vol. 1, and will be in the upcoming anthology Prompted.

Thanks for a wonderful interview Ria – good luck with Prompted and all your future work.

From Punished to Making Him Wait, via The Circus…