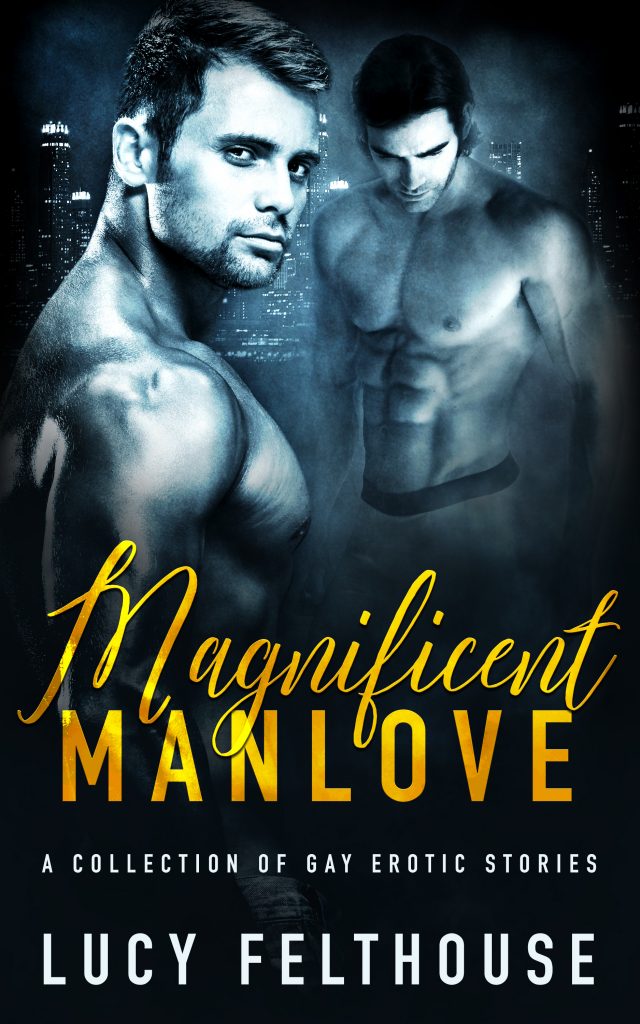 If you enjoy testosterone-filled tales of men getting it on, then check out this collection from the pen of award-winning author Lucy Felthouse.

From stranded soldiers to submissive virgins, sexy firemen and second chances to shifters, and even some unexpected ménage, this book has variety galore. There’s something for everyone, and will have you eager to turn just one more page.

Please note: The stories in this anthology have been previously published. 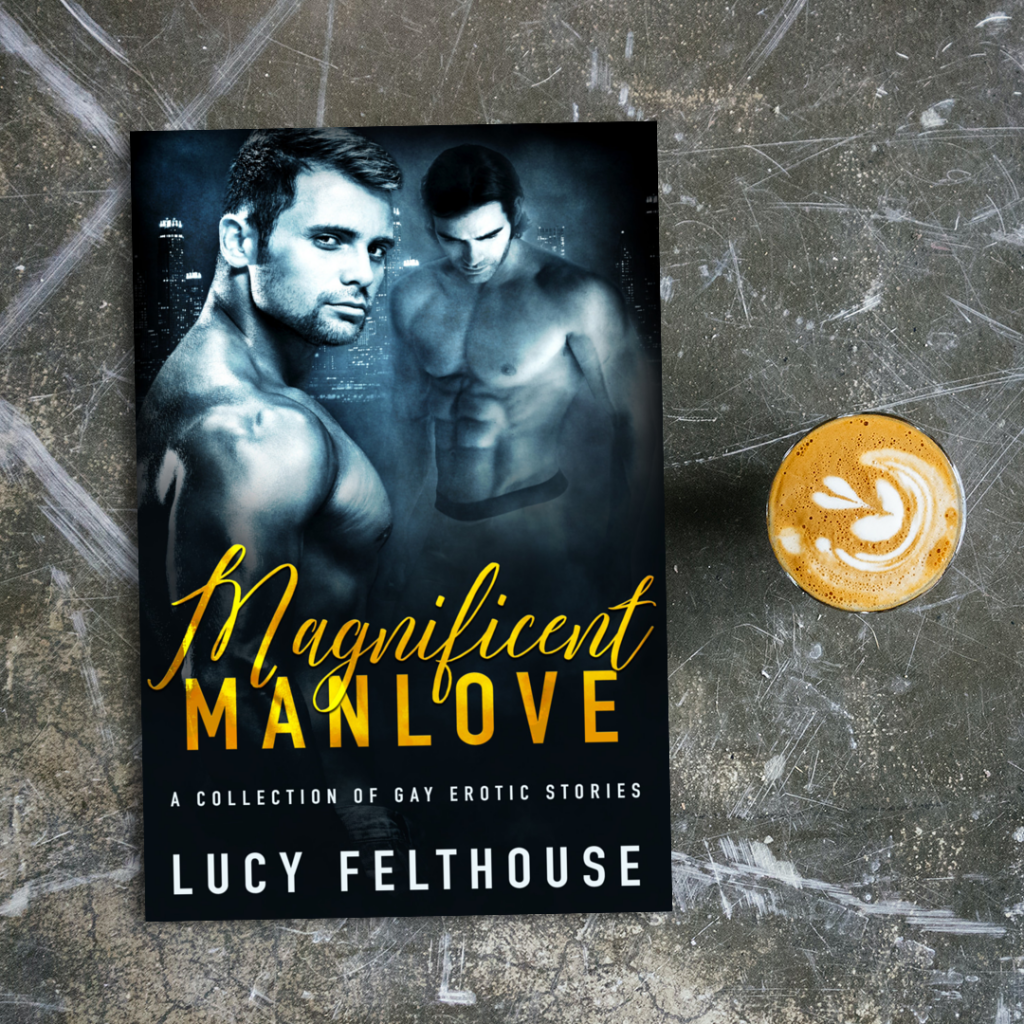 Nathan closed his book with a very final slap and put it on the coffee table in front of him, then leaned back in his chair. Stretching languidly, he said, “Bloody good, that was. Though, admittedly, I thought it’d last me all week. Wasn’t expecting to get through it on day one.”

Nathan checked his watch. “Plenty. Especially if we’re only nipping to the pond. It’s probably only a fifteen-minute walk.”

“Fantastic. I was going a bit stir crazy in here. I’ll grab our coats and shoes.”

Within a few minutes, they were headed out of the door. Nathan locked up, pocketed the key, then checked the handle. He doubted very much the place would get broken into—they were in the middle of nowhere, after all. There were farms nearby, but the closest village was about a mile and a half away. So any thieves would have to make a considerable effort to get to the cottage in the first place, never mind attempt to break into it. Rolling his eyes at his own paranoia, he turned and followed Lee, who’d already started ambling along the road in the direction of the pond.

After falling into step beside Lee, Nathan pulled in some deep breaths, enjoying the fresh air after being cooped up in the cottage. It was beautiful, and cosy, but it was supposed to be a base for them to go walking—somewhere for them to eat, sleep and shower, not to be stuck in for hours on end, staring at the walls. Or climbing them.

He admired the rainbow as they walked, its vivid colours painted across the watery sky. It seemed the clouds had literally exhausted themselves—only occasional wispy streaks of white now interrupted the never-ending blue. The sun beamed down, heating up the ground and beginning to evaporate the huge puddles. It would take some doing—one such puddle stretched across the width of the road, and they had to skirt around its edge to avoid getting wet feet.

Shrugging, Nathan replied, “Nothing major. Just admiring the rainbow, the sky, the clouds… thinking how everything looks so fresh and clean after a good storm. Like it’s been purified or something… Ugh, it’s stupid.”

“Come here and I’ll show you.” Still gripping Nathan’s hand, Lee tugged him close and moved in for a kiss. Nathan went into the embrace willingly, the smile on his face soon smothered by Lee’s hot lips. 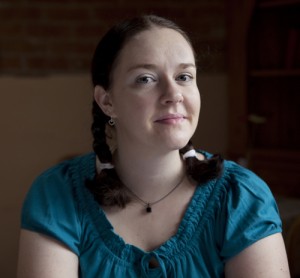 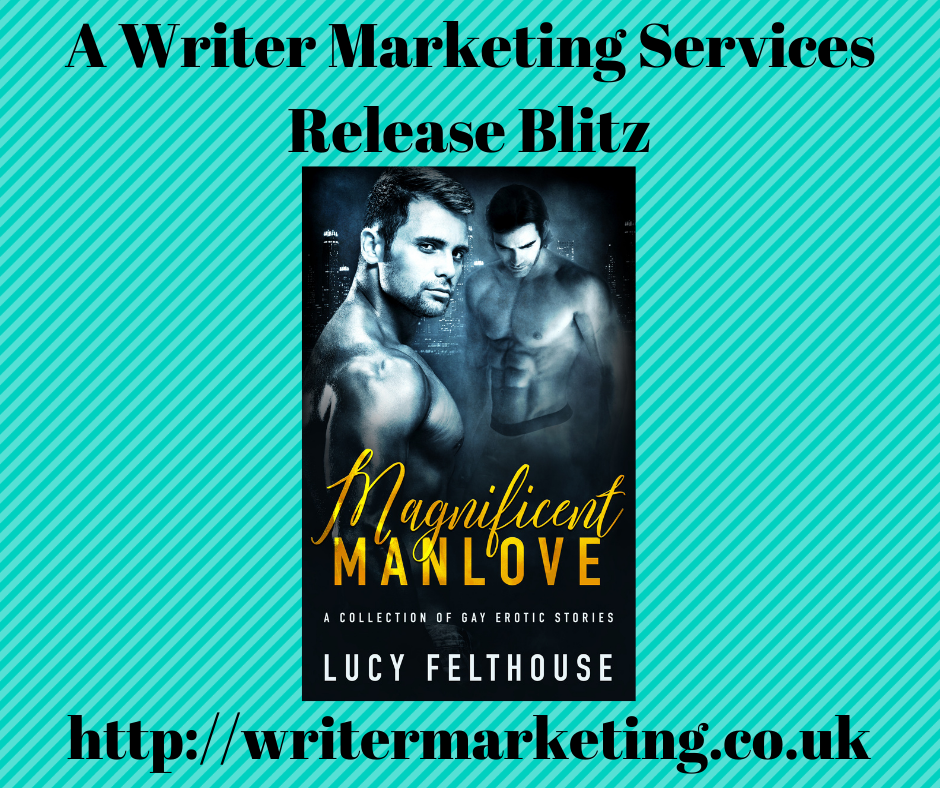 Making Him Wait: Out Now – Again!