In Equipment, local mechanic, Lee, is given an unexpected lesson in the pleasures that can be found by concentrating on the butt alone.

In The Girl Next Door, Kim is heartily sick of her friend and neighbour not recognising how good he could have it if he noticed her, and not the endless string of plastic blondes he brings home on a regular basis. The direct action she takes is steaming- and not just because the water in the shower is hot- you’ll see!! 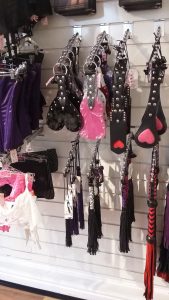 Here is a tasty extract from the title story-

After the glorious frisson of the wait, there was always the risk that the reality wouldn’t live up to the expectation. I hadn’t been disappointed however, far from it…

Equipment and Other Stories is available from All Romance (House of Erotica), Amazon UK, Amazon.com, and all other good e-retailers.

Don’t forget all the other great blogs signed up for Smut Sunday! You can find them all here- http://ilovesmut.uk/smut-sunday/